“The SCALE Act is a key component of the infrastructure that will be required to develop and deploy Carbon Capture and Storage (CCS) technology as widely as possible, and the UMWA is wholeheartedly in support. This is one of the first critical steps needed to dramatically reduce carbon emissions while creating new jobs and preserving existing coal jobs into the future.

“Congress must build on this legislation by significantly increasing the resources needed to further develop CCS technology for commercial-scale applications so that we can deploy this game-changing technology at coal-fired power plants within the next 10 years. Hundreds of thousands of coalfield jobs depend on it, millions of American citizens will benefit from it. Let’s get this done.” 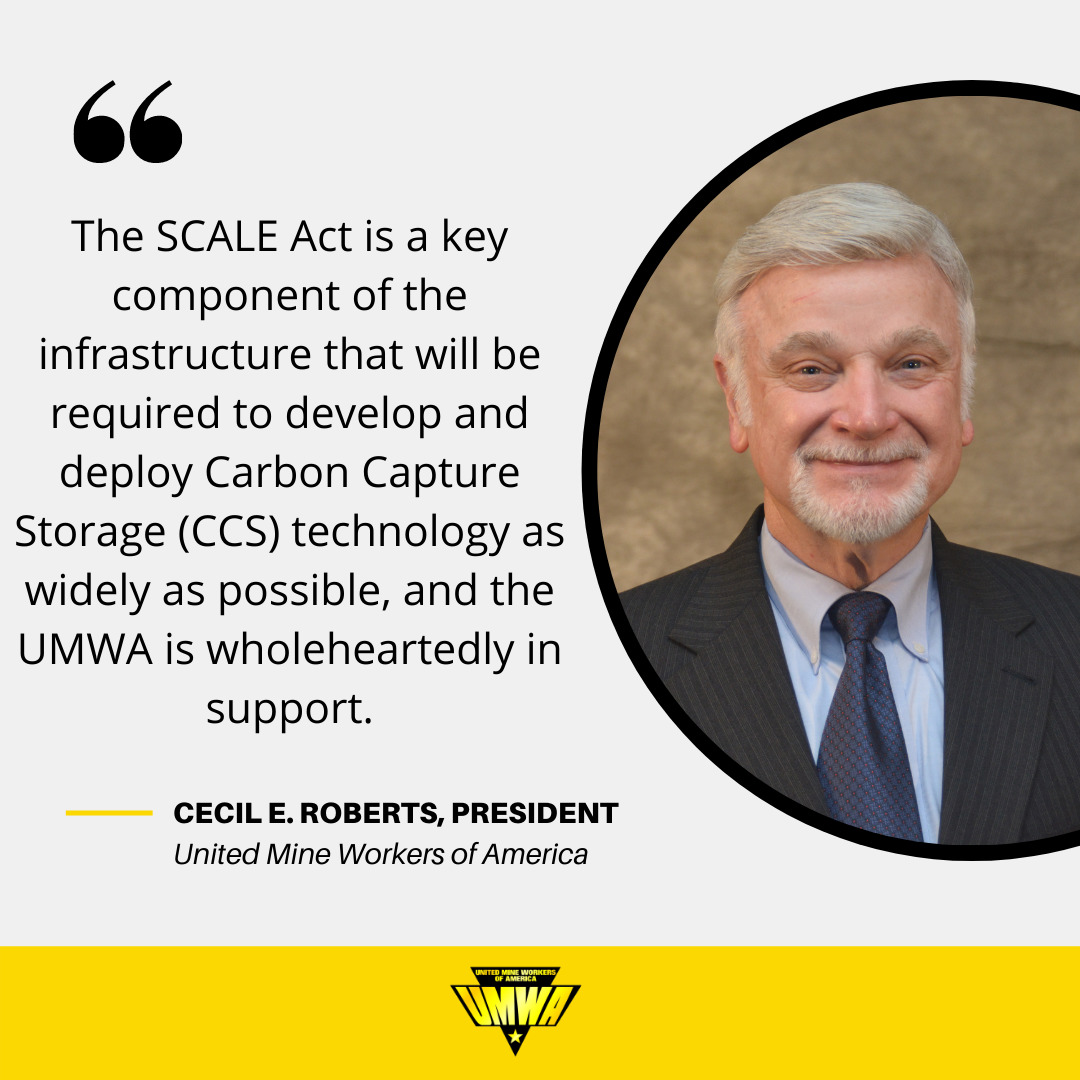