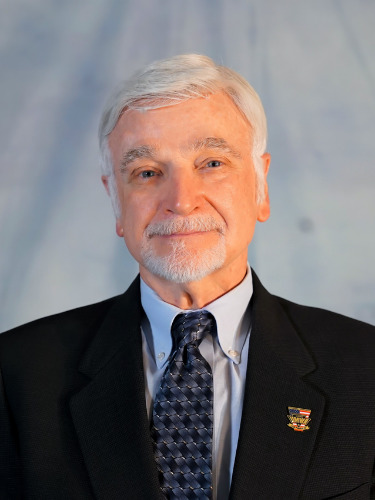 Cecil Edward Roberts, Jr., a sixth-generation coal miner and one of the labor movement’s most stirring and sought-after orators, became President of the United Mine Workers (UMWA) of America on October 22, 1995, having served as Vice President of the union since December 1982. Roberts succeeded Richard L. Trumka, who was elected Secretary-Treasurer of the AFL-CIO.

Growing up in a UMWA household on Cabin Creek in Kanawha County, WV, Roberts heard the stories of his family, including a great-uncle, Bill Blizzard, who was a legendary organizer during the West Virginia mine wars of the 1920s and a UMWA District President under John L. Lewis. Both of Roberts’ grandfathers were killed in the mines.

After military service in Vietnam and college, Roberts worked for six years at Carbon Fuels’ No. 31 mine in Winifred, West Virginia, where he served as a local union officer.  In 1977 he was elected Vice President of UMWA District 17 by a 2-to-1 margin. In May 1981, he was re-elected without opposition.

On November 9, 1982, Roberts was elected Vice President of the UMWA International Union, again by a 2-to-1 margin, running on a slate with Trumka and John J. Banovic, who was elected Secretary-Treasurer. The Trumka – Roberts – Banovic team was reelected without opposition five years later.

In 1989, Roberts was the on-the-scene leader, often referred to as field general, and day-to-day negotiator in the UMWA’s militant and ultimately successful 10-month strike against the Pittston Coal Co., which had cut off health benefits to its retirees and was trying to walk away from its obligations to the UMWA Health and Retirement Funds. For his role in that successful strike, Roberts received the Rainbow Coalition’s Martin Luther King award as well as awards from Citizen Action and the Midwest Academy.

In October 1995, Roberts assumed the UMWA Presidency upon the resignation of Richard Trumka.

In 1996, he reopened the UMWA’s National Bituminous Coal Wage Agreement for the first time in the union’s history and made significant improvements in the wage agreement. In August 1997, Roberts was elected by acclamation to the Presidency of the UMWA. In 1998, he negotiated a new National Agreement that was ratified by the highest percentage in the Union’s history.  The agreement included a historic 20-year-and-out pension provision regardless of age which has benefitted approximately 5,000 UMWA members to date.

In 2001 he negotiated a new National Agreement that provided a first-ever 30-year and out pension provision regardless of age which has benefitted approximately 3,000 UMWA members to date.

In 2004 he became the first President in the history of the United Mine Workers of America to be elected by acclamation by the membership for three consecutive terms. At the end of 2008, he became the 2nd longest-standing President of the UMWA, second only to John L. Lewis. In October 2018, Roberts was once again re-elected by acclamation to his sixth full term as International President.

Roberts graduated from West Virginia Technical College in 1987 and received an honorary Doctorate in Humanities from the West Virginia University of Technology in 1997.

Roberts is married to the former Carolyn Stewart. They have a son, Kyle, a daughter, Melissa, three grandsons; Aaron, Brandon, and Ki, two granddaughters; Savannah and Kathryn and four great-grandchildren; August, Kaeden, Atlas and Mason.