United Mine Workers of America History

Throughout the history of American labor, the United Mine Workers of America has occupied a position of unquestioned leadership. The UMWA led the struggle to establish collective bargaining 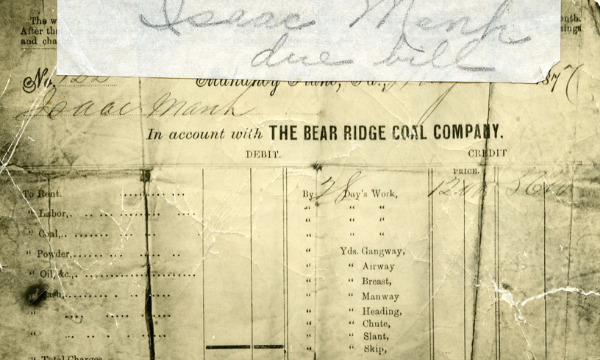 in American industrial life in the twentieth century. Its principles and policies, its strength and unity, and its outstanding leaders have been an inspiration to generations of working families for129 years. The richness of the UMWA’s history is a testament to the firm determination embedded in the hearts and minds of the mine workers of North America to build and maintain a strong and enduring union.

The United Mine Workers of America was formed in 1890 when they teamed up with the National Progressive Union of Miners and Mine Laborers and the Knights of Labor Trade Assembly No. 135. In 1897, 10,000 union members from Illinois, Indiana, Ohio, and Pennsylvania strike for better working conditions and wages. The strike lasted just over 2 months and became known as the Lattimer Massacre killing 19. John Mitchell negotiated the first national bituminous coal agreement including an 8-hour day, ending the strike.

In 1902, Anthracite owners refused to adhere to a new contract resulting in miners going on a 10-month strike. This was the first time the U.S. Government recognized a labor union to represent workers for collective bargaining purposes. John Mitchell was the UMWA President at the time and earned workers the 8-hour workday. By 1912, working conditions in Paint Creek, WV are terrible so workers go on strike fighting for a new contract. Cabin Creek, WV joined the strike when the coal company brought in Baldwin-Felts guards. The UMWA, Mother Jones, and Baldwin-Felts Detectives were all later involved in the Colorado Coalfield War. 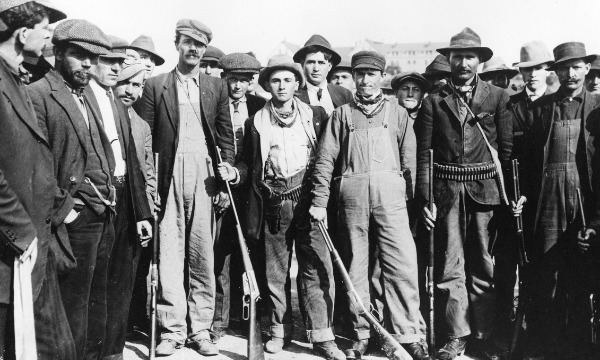 In 1914, the Ludlow Massacre occurred when the Colorado National Guard and company thugs burned the miners’ tents and shot people in the camp, killing 13 children, two mothers, and a number of miners. UMWA organizer Fannie Sellins was shot to death by coal company guards while leading strikers in Brackenridge, Pennsylvania in August 1919.

In November 1919, the driving force and powerhouse for the labor movement, John L. Lewis, became President of the UMWA and remained President for 40 years.

The Coal Wars continued in 1920 when 11 people were killed in southern West Virginia, known as the Matewan Massacre. In 1921, 7,000 striking miners led by Bill Blizzard met at Marmet for a march in Logan County to organize southern coalfields represented by the UMWA. The Battle of Blair was a five-day-long battle. The following year, in Herrin, Illinois, 19 strikebreakers and 2 union miners were killed known as the Herrin Massacre.

Miner’s Memorial Day, also known as Davis Day, was created in honor of William Davis, who was shot and killed during a long strike by the province’s coal miners against the British Empire Steel Corporation on June 11, 1925.

In February 1931, a strike in Harlan County, Kentucky between the UMWA and coal operators resulted in a bloody coal-field war. The conflict lasted nearly a decade. In September 1931, miners in Saskatchewan went on strike due to wage cuts by the company. Police fired into a peaceful demonstration of miners and their families in Estevan killing 3 strikers.

In 1946, President Harry Truman seized the coal mines, resulting in a contract signed in the White House that led to the action of the UMWA Health and Retirement Funds.

The creation of the Mine Act occurred in 1968 when a mine exploded at Consolidated Coal’s Farmington #9 Mine killing 78 miners. 19 are still entombed. In 1972, Miners for Democracy candidate Arnold Miller was sworn in as the President of the UMWA. In 1977, Congress passed the Federal Mine Safety and Health Act in order to protect the mining industry’s most precious resource – the miner.

The first selective strike in the history of the UMWA occurred in 1978 after a 110-day long coal strike. 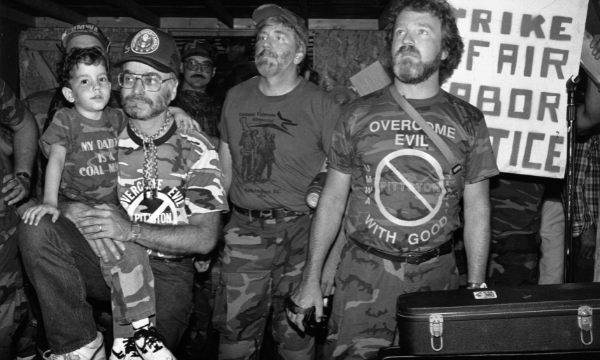 One of the most monumental UMWA strikes took place in 1989, which involved 50,000 in 11 states, using civil disobedience and acts of non-violence to preserve the health care and retirees for workers across the Nation.

It is known as the Pittston Strike and its 30th anniversary was celebrated in June 2019.

In 1990, fierce fighter of working-class rights and U.S. Army veteran, Cecil E. Roberts, becomes the 15th President of the UMWA.

Looking for information about a specific part of UMWA history? Check back for more information about the pivotal historical events, conditions in the coalfields before the UMWA, and the people who built and maintained the American labor movement. 125 Years of Struggle and Glory

Click on link to watch a brief video highlighting the UMWA’s 125 years.

United Mine Workers of America Artifact and Photograph Collection

The UMWA Archive includes photographs, documents and artifacts from throughout the union’s history. Click on the link to learn more about what is in the UMWA Collection and how to donate to it.