A Dream Not Yet Fulfilled

A Dream Not Yet Fulfilled

“Today, the nation comes together to honor a man who believed in fairness and equality for all Americans. Dr. Martin Luther King, Jr. dedicated his life to fighting injustice. Unfortunately, too little has changed in American workplaces over the last sixty years. We still find ourselves fighting for critical protections workers need on the job.

“Dr. King believed, ‘The ultimate measure of a man is not where he stands in moments of comfort and convenience, but where he stands at times of challenge and controversy.’ Time and time again I have sat in front of Congress demanding that ending Coal Workers Pneumoconiosis, or Black Lung, be at the forefront of their conversations.

“In June 2019, I testified before the United States House of Representatives subcommittee on Workforce Protections on the resurgence of Black Lung cases. Yet here we stand today, once again faced with Congress’ failure to protect the very people who put them in office.

“Congress needs to act to ensure long-term funding for the Black Lung Disability Trust Fund. By letting the enhanced levels of Black Lung Excise Taxes expire at the end of 2021, Congress is once again putting corporate interests first and American workers second.

“Dr. King also stated ‘Life’s most persistent and urgent question is, ‘What are you doing for others?’” Here, too, our government can do better.

“State after state is enacting laws that restrict access to voting. Congress must pass legislation to protect every American’s right to vote in free and fair elections.

“Congress must restore the right to organize and put an end to ‘right to work’ laws. We must change corrupt bankruptcy laws that put workers last. We must stop scabs from stealing jobs from skilled workers who are fighting for their livelihood, like the UMWA miners in their tenth month on strike at Warrior Met Coal in Alabama. 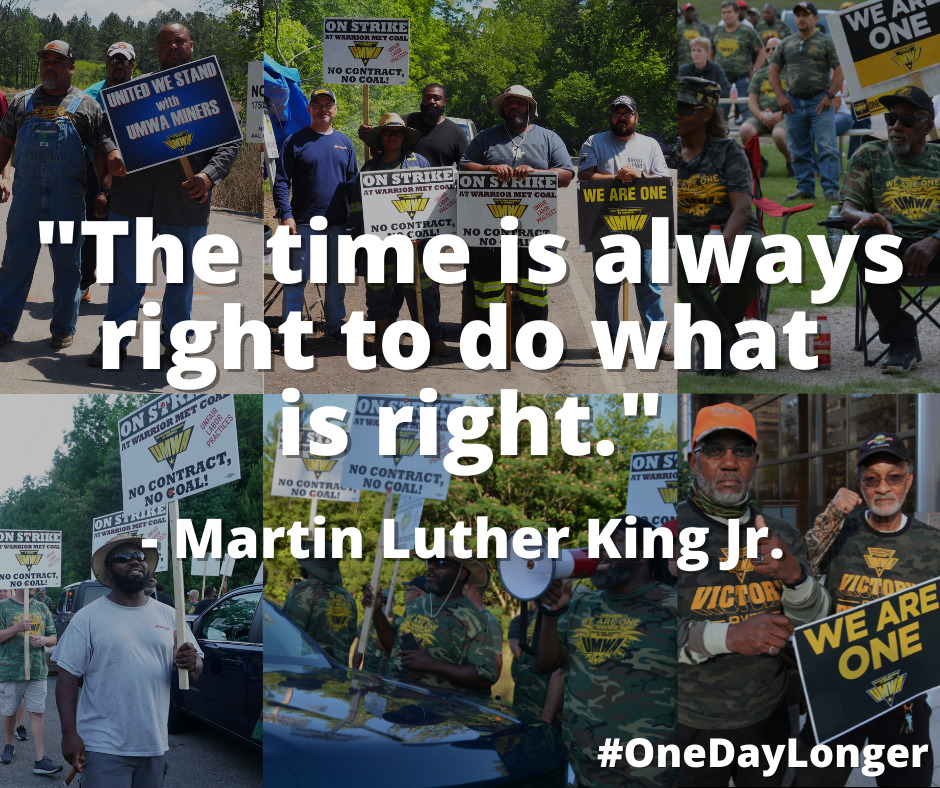