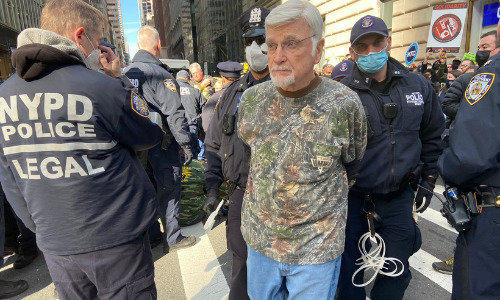 The president of the United Mine Workers of America was arrested in New York City this morning at a protest in its ongoing strike against Warrior Met Coal in Alabama.

Members picketed the Manhattan offices of BlackRock at 59th Street and Fifth Avenue. BlackRock, an investment management corporation that is the world’s largest asset manager.

Before noon, UMWA President Cecil Roberts was handcuffed, along with five other people, according to the union. 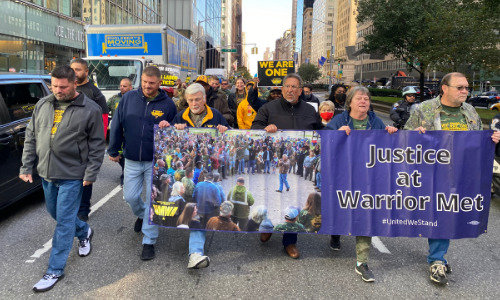 The union says BlackRock is the largest shareholder in Warrior Met Coal, the Alabama company the UMWA has been on strike against since April 1.

Miners staged two protests outside the BlackRock offices in June and July. 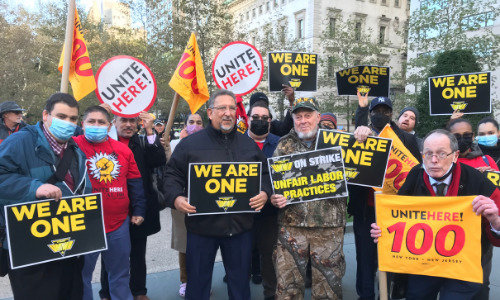 The action came after the company issued a statement saying the level of violence taking place along the picket line had “reached a dangerous level.” 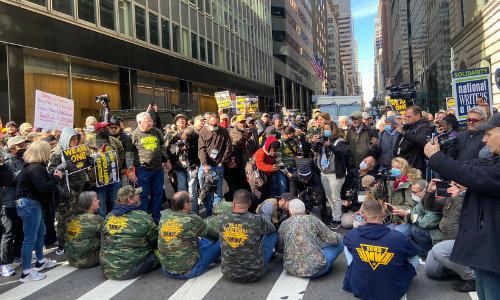 About 1,100 miners walked off the job April 1, striking for better pay and benefits.

The current agreement with the union was negotiated as Warrior Met emerged from the bankruptcy proceedings of the former Walter Energy, which declared bankruptcy in 2016. 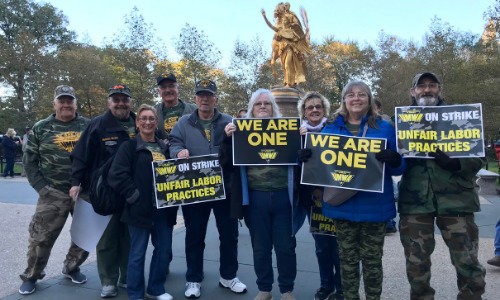 Union members say they made numerous concessions in pay, benefits, holidays, overtime, and in other areas to keep the company going and get it out of bankruptcy.

Earlier this week, Warrior Met reported business interruption expenses were $6.9 million in the third quarter, which were non-recurring expenses directly attributable to the strike, the company said.

The expenses included security, labor negotiations, and other expenses.