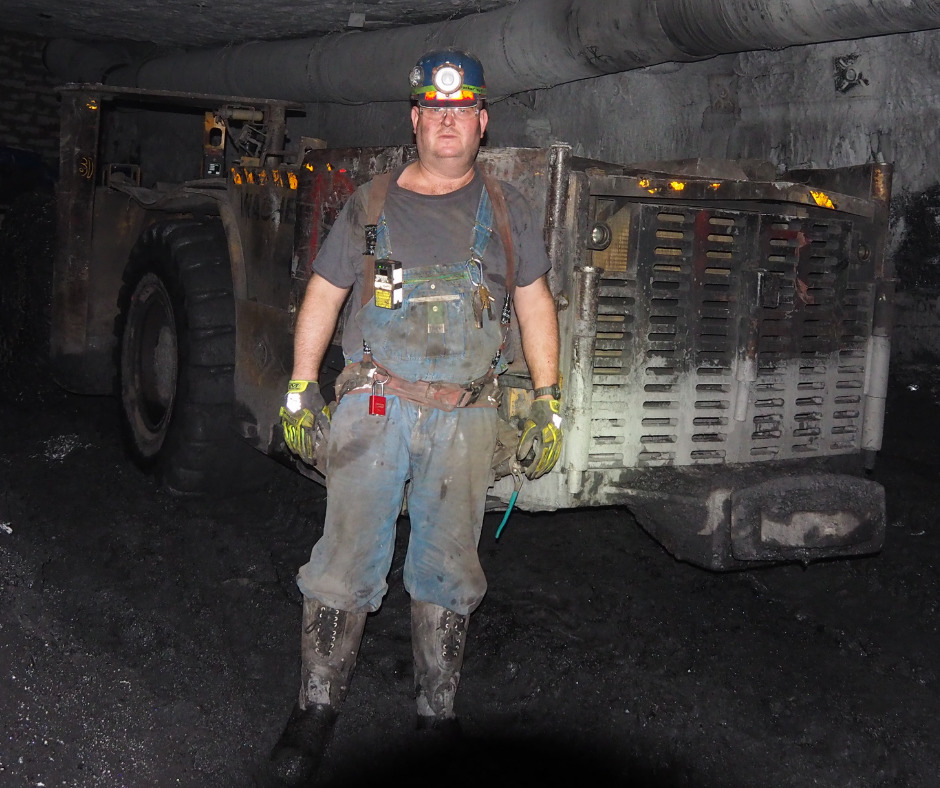 At the end of 2011, there were nearly 92,000 people working in the American coal industry, the most since 1997. Coal production in the United State topped a billion tons for the 21st consecutive year. Both thermal and metallurgical coal were selling at premium prices and companies were making large profits.

Domestically, hydraulic fracturing (fracking) of shale formations opened up previously untapped natural gas fields, caused the price of gas to drop below that of coal for the first time in years. Utilities began switching the fuel they used to generate electricity from coal to gas. Environmental regulations coming from the Obama administration also impacted coal employment. By 2016, just 51,800 people were working in the coal industry. 41,000 jobs had been lost.

Companies went bankrupt. Retirees’ hard-won retiree health care and pensions were threatened. Active miners saw their contracts, including provisions that had been negotiated over decades, thrown out by federal bankruptcy courts. From 2012 to today, more than 60 coal companies have filed for either Chapter 11 reorganization bankruptcy or Chapter 7 liquidation. Almost no company has been immune.

“Just since 2015 we have had companies like Peabody, Arch, Alpha Natural Resources, Walter Energy, Westmoreland and Murray Energy all go bankrupt,” President Roberts said. “Patriot Coal went bankrupt twice. Retirees’ health care was on the brink, but we were successful in preserving that in 2017. The 1974 Pension Fund was on the path to insolvency, but we were able to save that in 2019.

“Even though our contracts were thrown out by bankruptcy judges at company after company, we were successful in preserving union recognition, our members’ jobs and reasonable levels of pay and benefits at every company as they emerged from bankruptcy,” Roberts said. “But in no case has the contract that came out of bankruptcy been the same as the one our members enjoyed when a company went into bankruptcy. This has been extremely painful all the way around.”

The pain hasn’t let up. Coal employment stayed relatively flat from 2016-2019, but coal-fired power plants were still closing at an accelerating pace. Although President Trump took office promising a strong rebound in coal production and employment, it never occurred. Employment in thermal coal slipped, while metallurgical jobs briefly ticked up but dropped again.

Then came the Coronavirus. The global economy came nearly to a halt. Tens of millions lost their jobs nearly overnight, including thou-sands of workers in the coal industry. Electric power demand dropped significantly, causing production cuts at thermal coal mines. Worldwide steel production slowed, causing a drop in metallurgical coal prices. Miners were laid off or worked short weeks for months. Some mines closed entirely and are still shut down today.

The virus itself rippled through America’s mines, causing sickness and death. Nearly 833 positive tests for COVID-19 infection have been recorded in mines where the UMWA represents the workers, and at least two of our active members have died from the disease. Dozens of retirees and their spouses, many who were he parents or grandparents of active miners, have died prematurely from the virus. 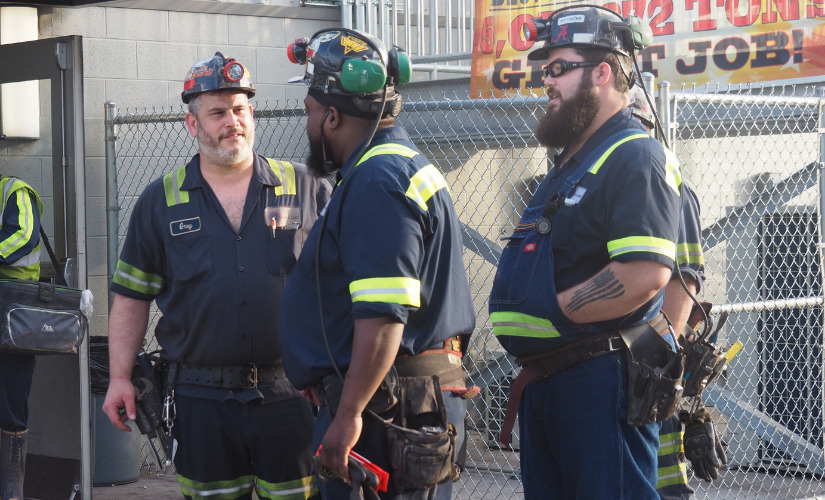 Rank-and-file coal miners have become scarce. There are fewer hourly coal miners working in the country today than at any time since the federal government began keeping statistics. The rise of renewable energy – windmills, solar panels, geothermal energy – is transforming the energy marketplace and the jobs that go with it. And impending action in Washington has the potential to dramatically slash coal employment further, and soon.

Change is upon us

“We have to be realistic,” President Roberts said. “Whether people agree that it needs to happen or not, an energy transition is going on in the United States. We need to be upfront about that. A lot of it is driven by politics and what is happening in Washington. But a lot of it is being driven by the utility companies and the energy marketplace.”

Coal is becoming more expensive to use to make electricity than other forms of energy generation. Utilities are closing coal-fired power plants at an accelerating pace, and there is currently not a single coal-fired power plant, either under construction or planned, in the United States. The utility companies do not believe they can earn a profit from coal-fired power any longer.

“As the only organization that stands up for coal miners, their families and their communities, the UMWA must engage in the fight to maintain UMWA jobs, create new jobs for UMWA members and preserve UMWA families and com-munities going forward,” Roberts said. “We have developed an initiative to do just that, and along with our labor and political allies we are going to fight for it every day until we prevail.

Where are the jobs?

The people of Appalachia have been promised an economic renewal for generations, by politicians from both political parties. Nothing has ever happened. Now the employment crisis in America’s coalfields is upon us. Close to 200,000 jobs have already been lost in the last decade, when direct coal jobs and the jobs that depend on the coal industry are counted. Appalachia needed an economic transformation a long time ago.

“We have a president of the United States who campaigned on transforming America’s energy sector away from fossil fuels and toward renewable energy,” President Roberts said. “He also campaigned on creating family-sustaining union jobs for coal miners and other energy workers to transition into if they lose their traditional energy jobs. Frankly, if there are not good union jobs with equivalent wages and benefits avail-able for miners to move into on the day their mine shuts down, then this will be just one more empty promise from a politician.”

The scale of solving this issue is huge, but so far, any legislative proposals that have been put forward do not come close to providing the resources that will actually be needed. Some, like the Green New Deal, have no funding attached to them at all. They use phrases like “just transition” but offer no specifics of what that might be or how it could be achieved. 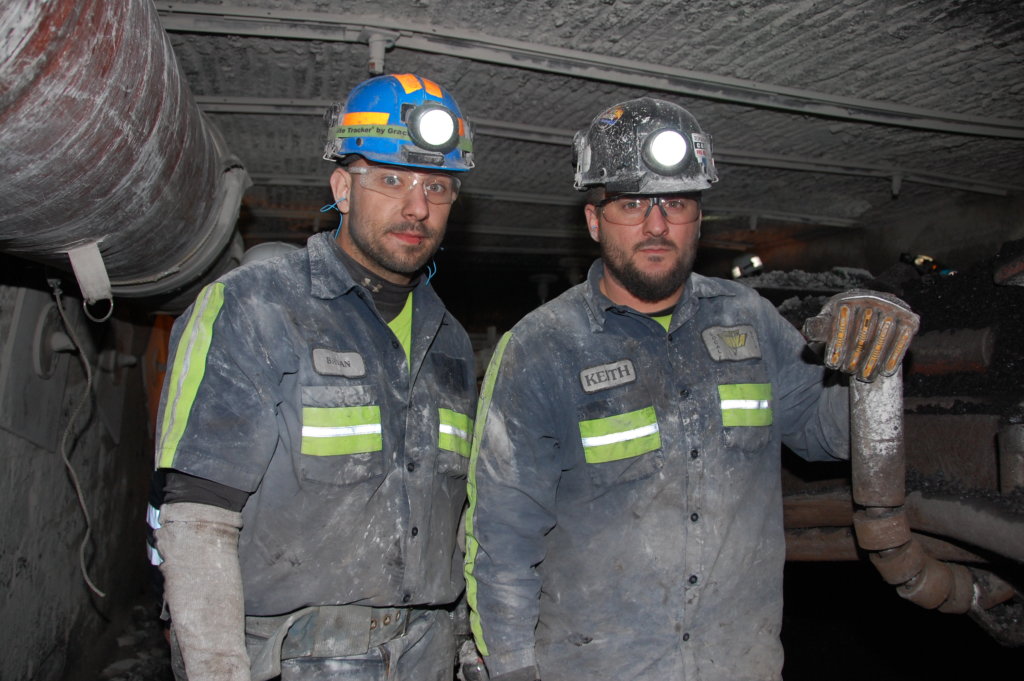 “I am tired of hearing people talk about a so-called ‘just transition’ in America’s coalfields,” President Roberts said. “There never has been any such thing in the history of our nation. UMWA members know that, their families know that, and the people in their communities know that. Let’s stop talking about this in meaningless terms. Let’s start talking about what reality looks like and what can actually be achieved.”

Congressional action on the horizon

“We anticipate that Congress will take action this year that could have a significant impact on the future of coal production for the generation of electricity,” President Roberts said. “Some are promoting a carbon tax, which would place a tax on carbon emissions from utilities and would lead to just about every coal-fired power plant to shut down within a very short period of time. This is a bad idea that will end up costing hundreds of thousands – if not more than a million – workers their jobs. We strongly oppose any and all legislative efforts to enact a carbon tax.”

Another mechanism some in Washington support is called a “Clean Energy Standard,” which would set even smaller limits on how much carbon could be emitted into the atmosphere from the utility sec-tor, reaching zero by 2035.

“2035 simply does not pro-vide enough time to deploy carbon capture and sequestration (CCS) technology on a commercial scale for coal-fired power plants,” Roberts said. “There is no magic about the 2035 date; it is not supported by science. We believe that date should be pushed further so that CCS technology can be established, the infrastructure built out to support it, and the cost to utilities driven down so that they will have incentives to install it.”

Congress has already taken action to support more rapid development of CCS with the passage of energy legislation at the end of 2020 sponsored by Senators Joe Man-chin (D-WV) and Lisa Murkowski (R-AK). That legislation requires the Department of Energy to establish six CCS demonstration plants, two of which must be coal-fired utility generation units.

The National Energy Technology Laboratory (NETL) in Morgantown, WV, which is staffed by members of UMWA Local Union 1717, is developing the next generation of CCS technology and exploring how best to store the captured carbon under-ground for centuries. The technology developed at NETL must be quickly scaled-up to enable it to be attached to commercial utility units. That will require significantly more funding for research and development than the government currently provides.

“Coalfield communities and our members cannot wait any longer for action,” President Roberts said. “For far too long, people who have absolutely no connection to coal miners and our families, no connection to where we live, no connection to our working-class roots have been making decisions that are harming us and our way of life. That has to stop, and our voices must be heard.

“We recognize that change is coming,” Roberts said. “Our task now is to mold that change so that it leaves our members, their families, their communities and our union whole. It is without question the biggest challenge we have faced since mechanization first came to the mines in the 1950s. But UMWA members have always demonstrated that we are up to meeting any challenge as long as we stay united. This will be no different.”

“I’m extremely worried about my job being threatened by these changes in the energy market,” said Local Union 9909 member Gary Campbell. “I would love for coal to last forever, but that is just not going to happen. I’m glad the UMWA is taking action to provide opportunities for everyone down the road.”

“No other jobs where I live in West Virginia offer remotely the same pay or benefits as mining coal,” said Local Union 1501 member Ryan Cottrel. “Mining coal is dangerous, but I’ve grown to love my job. I’d be very sad if the day comes where we can’t work anymore and support our families like we have for years. Working to preserve what we have now is what’s important. That’s what started the labor movement. Keeping the union strong and alive is about securing the jobs we have now and finding real solutions to transitioning to new ones.”