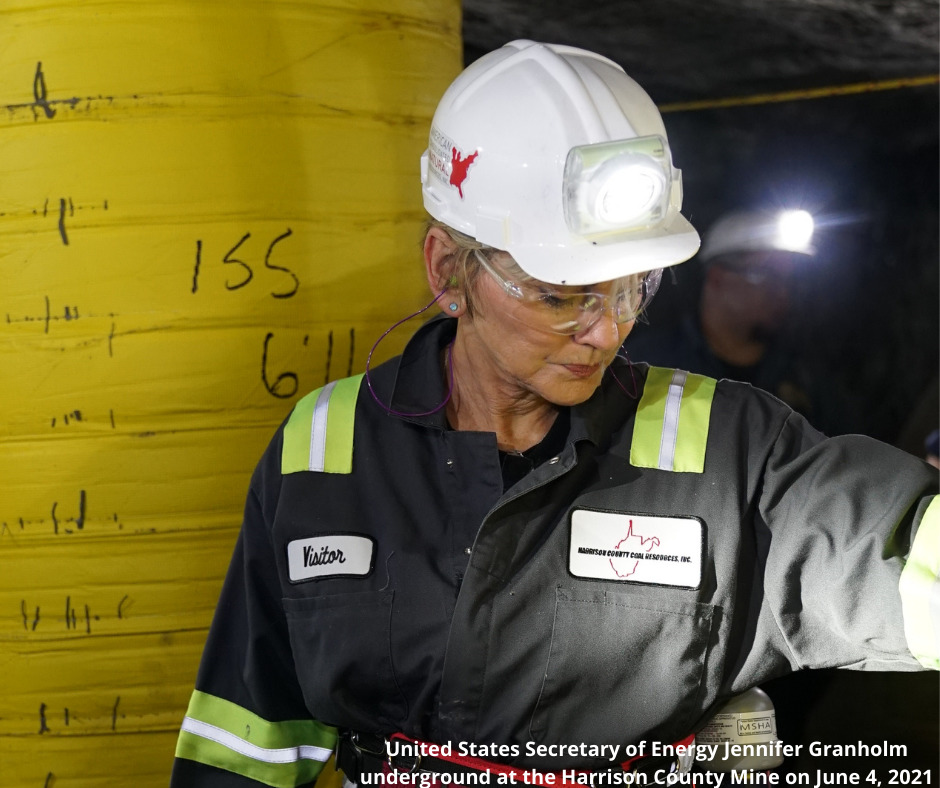 United States Secretary of Energy Jennifer Granholm traveled to West Virginia to see firsthand just how productive UMWA coal miners can be, as she joined President Roberts and Senator Joe Manchin (D-WV) to go underground on June 4, 2021, at American Consolidated Natural Resources’ (ACNR) Harrison County mine, formerly known as the Robinson Run mine. “It is very important for high-level federal officials to see firsthand what coal miners do and how their work fits into America’s overall energy picture,” President Roberts said. “We have been trying for many years to get someone from Washington to a coal mine. Secretary Granholm stepped up and took on the challenge, and I commend her for doing that.”

Granholm’s tour included a discussion with ACNR company officials, local union leaders, President Roberts and Senator Manchin. After completing the mandatory safety training, the group geared up and traveled to the mantrips. The first stop was the longwall, then the group walked some of the belt line. “It was a short trip, but well worth it,” Roberts said. “These are some of the best miners in the world, and they were proud to show her what they do. As some in Washington continue to work to eliminate coal from our nation’s energy mix, it is critical that we continue to demonstrate just how important coal and coal miners are to our families and our communities.” 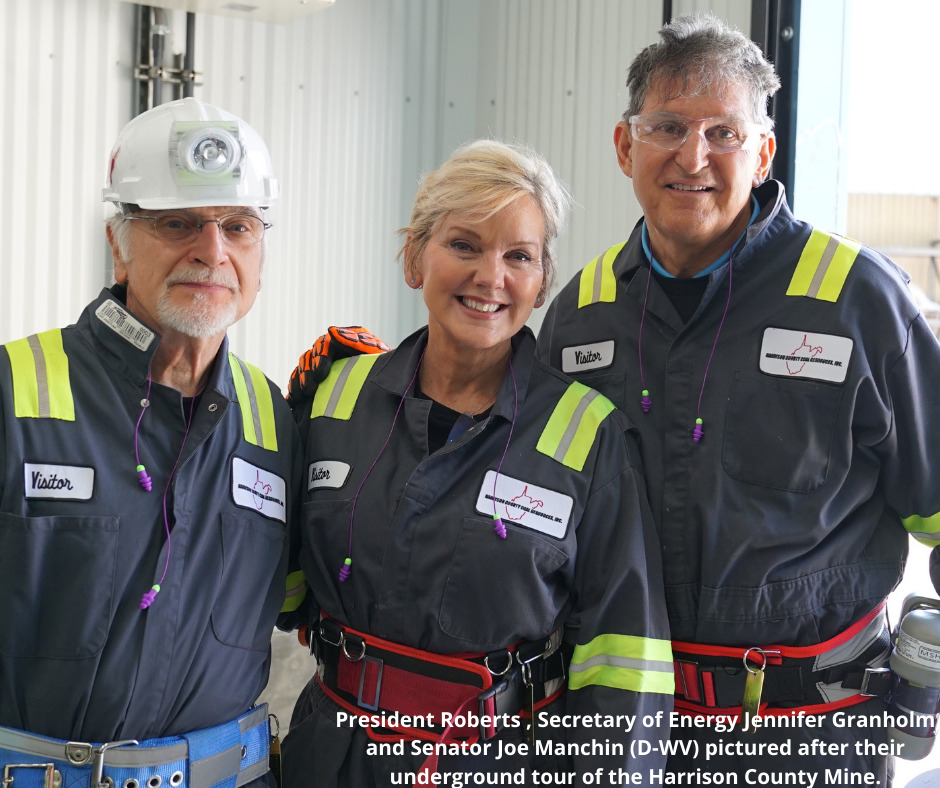 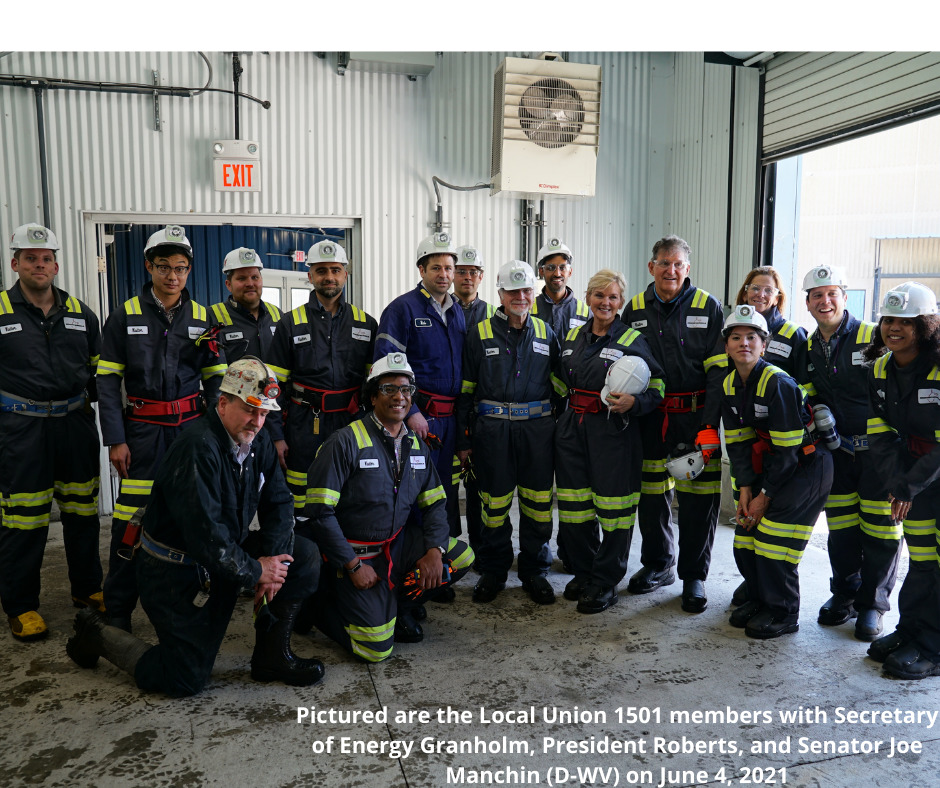