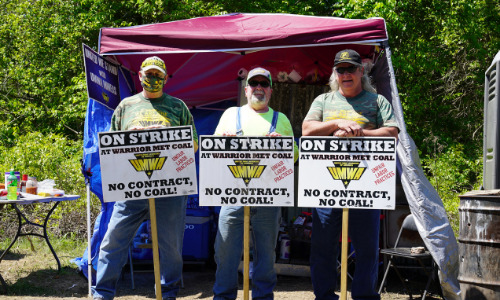 The United Mine Workers of America is hailing a decision by the National Labor Relations Board against Warrior Met Coal.

The NLRB notified Warrior Met on Aug. 13 that it is prepared to issue a complaint if the company does not enter into a settlement and provide the union with information in ongoing contract negotiations.

The UMWA has filed multiple unfair labor practice charges against the company since a strike began April 1. The NLRB’s action dealt with what the union called bad faith bargaining, with the union saying Warrior Met did not provide information it was obligated to disclose.

The decision is the latest action in an ongoing strike that began back on April 1 when about 1,100 miners walked off the job over a new contract.

“This is welcome news, but is no great surprise,” UMWA International President Cecil E. Roberts said in a statement. “We have seen this company act in ways contrary to American labor law from the outset of this strike.”

Warrior Met Coal emerged from the bankruptcy proceedings of the former Walter Energy, which declared bankruptcy in 2016. Union members say they made numerous concessions in pay, benefits, holidays, overtime and in other areas at that time to keep the company going and get it out of bankruptcy – concessions they say total more than $1.1 billion. 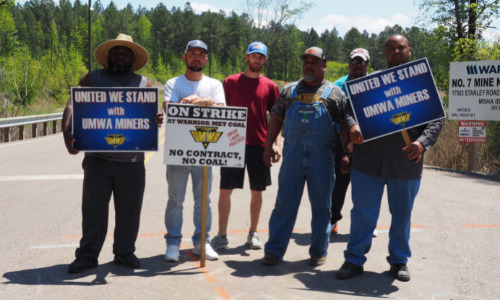 The union overwhelmingly rejected a proposed contract back in April, saying it did nothing to restore the lost pay and benefits. Since then, the union has staged large scale demonstrations in Tuscaloosa County and sent members to demonstrations in Manhattan to call attention to the strike. Earlier this month, Warrior Met announced that the ongoing strike cost the company $7 million in the second quarter of the year.

“We will see where we go from here,” Roberts said. “We continue to call on the company to get serious about reaching an agreement that is fair and reasonable for both sides. As we wait, we continue our unfair labor practice strike.” 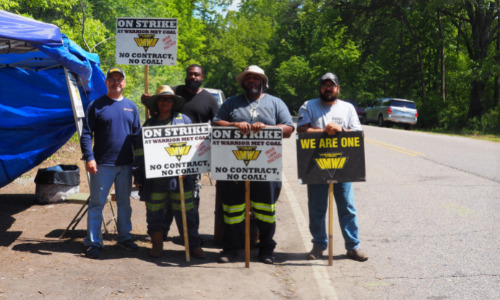