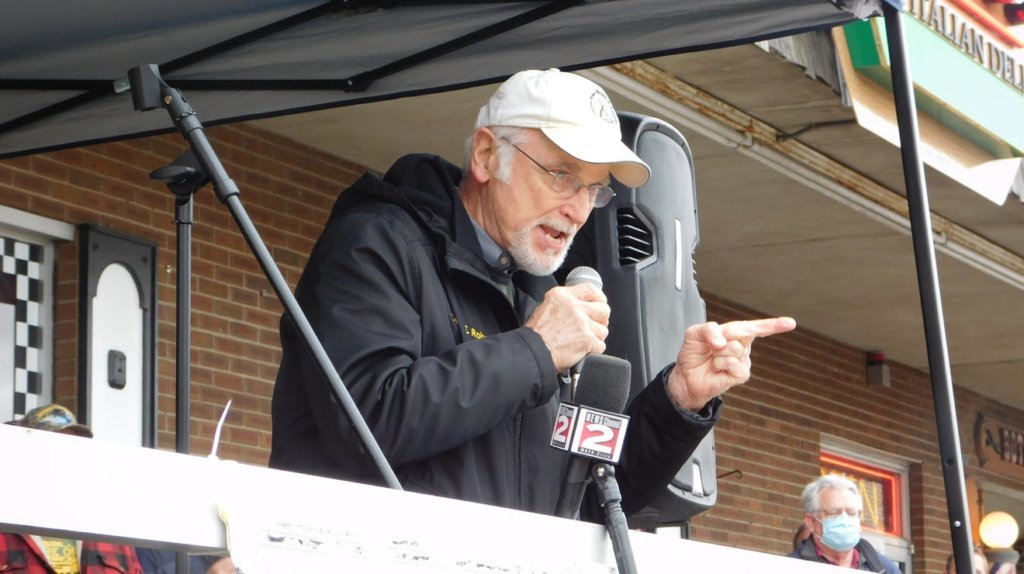 ILION — The United Mine Workers of America (UMWA) is fighting — and will continue to fight — for the contractual benefits the Remington Outdoor Company owes Remington Arms workers in Ilion.

That was the message UMWA International President Cecil E. Roberts delivered Thursday when he spoke to nearly 200 former Remington Arms employees, family members and supporters who gathered in the parking lot in front of Franco’s Pizza in Ilion’s Central Plaza.

The call to action stems from Remington’s decision to lay off 585 workers at the Ilion plant around the end of October, cutting off all their health care and other contractual benefits.

Workers have always had to fight for what they’re owed, he said.

“If you’re prepared to continue this fight, I’ll be with you, I’ll be beside you and I’ll lead this fight,” Roberts said.

He said Congress needs to get the message that the people who run a company into the ground are the ones rewarded, not the ones who provided the labor that made them rich.

“They (the owners) go to the bankruptcy court judge and say, ‘We deserve a bonus for the fine job we’ve done’ and the judge gives it to them,” he said. “That’s not America.”