Many police departments are moving away from traditional duty belts and instead using load bearing vests. Research has found that duty belts contribute to hip and lower back problems, which are the most common health problems for police officers.

Mauch said that after researching the benefits of load bearing vests, he learned it was a health and welfare issue for the officers. Duty belts can weigh as much as 30 pounds, and cause significant strain to the hips and lower back. Mauc said that he weighed one officers belt and it came in at 29 pounds. 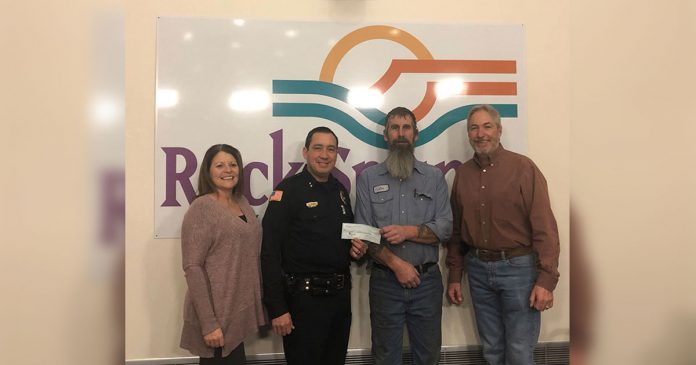 When Mauch discovered the problems caused by duty belts and that there was a simple solution, he knew it was something union members would be happy to pitch in and help out with.

“I’m proud that as a group we came together for the health and welfare of our officers, for the city and for our citizens,” Mauch said.

With the UMWA and the police department splitting the cost, all Rock Springs police officers will soon be outfitted with load bearing vests and literally have a weight off their backs.

I think it’s a win win situation and the offer from the very beginning is something I thought was just a fantastic offer. Standup by the union in the interest of the city employees and their health. I just appreciate that,” Rock Springs Mayor Tim Kaumo said.