Hundreds of Remington Arms employees went from furloughed to laid off on Monday, and by Wednesday they were protesting to get paid. Their union, United Mine Workers of America, says they haven’t been paid severance and their benefits end this week. 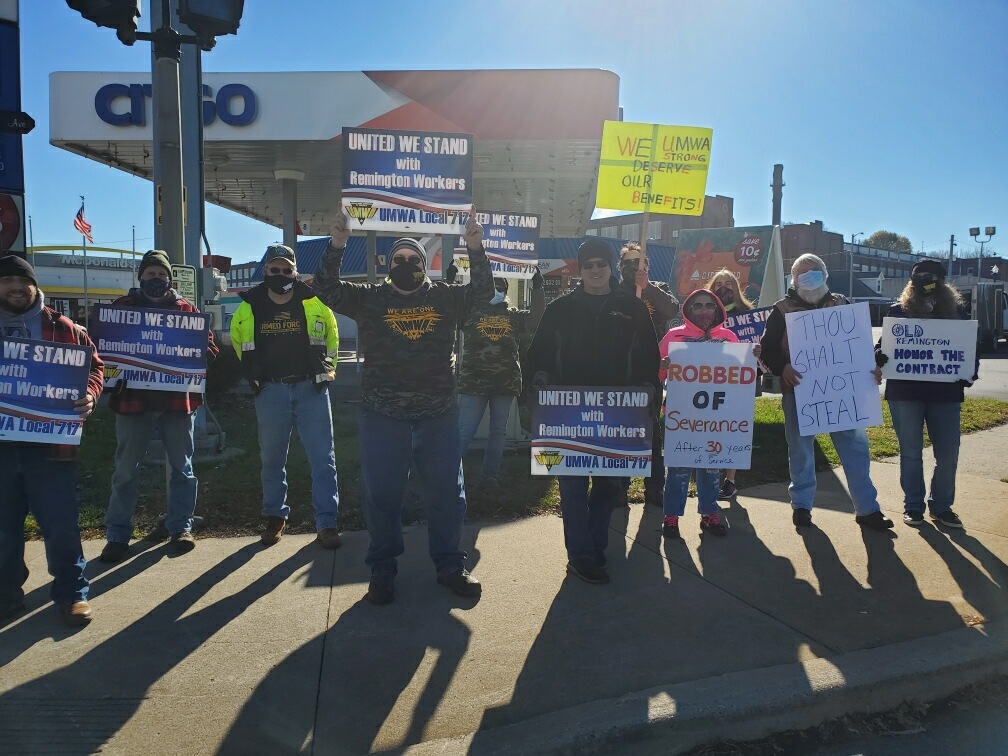 “I get a phone call and they tell me you’re all done. No severance. Twenty-two years, no severance. Our healthcare is done at the end of the month. I’m diabetic I need my healthcare,” said longtime Remington employee Frank Brown.” They’re walking away from us.”

Remington went into Chapter 11 bankruptcy over the summer. The union says this latest move violates their contract. Local politicians saying they’re doing their part to help, including calling for a federal investigation.

“These workers deserve their pay, they deserve their severance, and we need to get this new company in here soon so they can start making firearms again,” said U.S. Rep. Anthony Brindisi. The plant is located in the first term Democrat’s district.

“This company is one of the most important companies in America, founded over 200 years ago, so I’m fighting for these union contracts and the great work they’ve done,” said Claudia Tenney, the Republican running against Brindisi, who used to represent the district from 2017 to 2019.

Investment firm Roundhill Group is in the process of purchasing Remington’s firearms business. They’ve said they’re committed to restoring the company’s name and operating the plant. But there are still hurdles to overcome.

“This company doesn’t have a federal firearms license. So if you understand the business, you can’t even put a serial number on a firearm unless you actually have the license to be able to sell the firearm. So I have a whole lot of faith that all of our local officials are going to help us out get this process done as soon as we can and put us back to work,” said Brown.

Remington has been a central part of the Ilion community for more than two centuries and employees don’t want to see that legacy disappear.

“This would be a huge devastating effect if this place were to close. Put us back to work, we’ll do our best for you, and we’ll make the company thrive,” said Brown.

Union members say they’ll be back on the picket line again on Thursday.