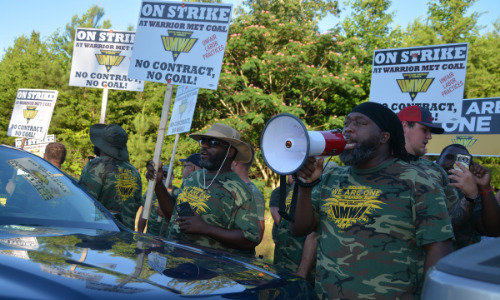 It has been five months [Almost six at the time of publishing] since the United Mine Workers of America announced its strike against Warrior Met Coal. Warrior Met operates two mines, a preparation plant and a central shop, located in the heart of Alabama, 15 miles east of Tuscaloosa. The UMWA represents approximately 850 workers at these facilities.

In 2016, due to a series of questionable management decisions, Walter Energy filed for bankruptcy, but the workers decided to save their company, preserve their jobs and their communities by sacrificing wages, time off from work, loss of overtime pay and an end to full healthcare coverage.

Their sacrifices totaled $1.1 billion over five years in cost savings and helped the company reach revenues in excess of $4.3 billion. The result of these sacrifices and an unheard-of financial comeback for the company was Warrior Met’s blatant mistreatment of its workers, forcing them to work most holidays and complete 12-hour shifts reaching up to seven days a week. 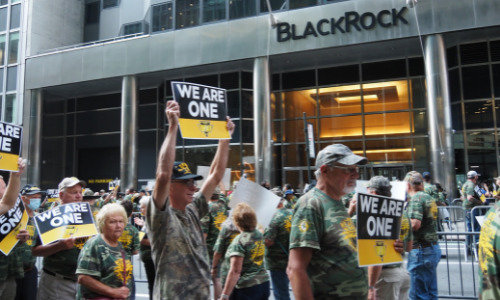 On July 28, 2021, UMWA members from across the nation, including hundreds of Warrior Met strikers traveled to New York to the front doors of Warrior Met’s most substantial shareholder, BlackRock Fund Advisors. Strikers and supporters wore their camo shirts and signs, chanting their demands, “No Con-tract, No Coal!”

The strikers’ decision to picket out front of BlackRock was to demand the asset manager take a stand on its investments. BlackRock oversaw approximately $9.5 trillion at the end of June and held almost 7.5 million shares of Warrior Met at the end of March, nearly 14.6% of the company’s outstanding shares. BlackRock officials rejected offers to comment on Warrior Met.

The company’s actions have escalated. Warrior Met personnel have continuously conducted blatant acts of violence against striking miners, with incidents in the past two months. Six separate incidents of vehicular assault by employees and management working for Warrior Met have occurred on UMWA picket lines. Warrior Met personnel have repeatedly struck our members, who were engaging in legal picket line activities, with their vehicles,  said International District 20 Vice President Larry Spencer. “We have members in casts, we have members in the hospital, we have members who are concerned about their families and the potential of violence against them if they come to the picket line.” 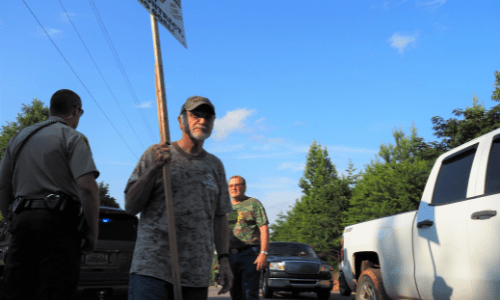 Multiple police reports have been filed, one arrest has been made, but strikers say that local police have shown little or no interest in pursuing the perpetrators. On July 6, 2021, the wife of a striking miner was hit while peacefully and legally walking a picket line at Warrior Met Coal. Amy Pilkington, the wife of Greg, who is a six-year veteran at Warrior Met and a coal miner’s son, was on the receiving end of a vehicle barreling into Warrior Met Coal #7 East Portal when she was struck. “We’re not going to give up,” said Greg. “It’s part of their agenda to scare us off or physically and mentally push us to where we don’t want to fight anymore.”

Members, families and supporters loaded up in buses and traveled from South Carolina, Georgia, Virginia, West Virginia, Kentucky, Pennsylvania, Indiana, Ohio and Illinois to join the striking miners at the largest labor rally in Alabama history. Brookwood Ballpark was filled with thousands of striking miners and sup-porters wearing “We Are One” camo shirts as the rally pressed on, hitting some of Alabama’s highest summer temperatures in the afternoon. 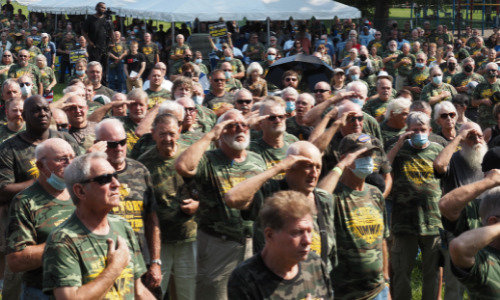 “This is solidarity,” said President Roberts. “They’re here to support their brothers and sisters here on this strike and to get this company to start bargaining for a fair and just contract and get these people back to work.”

Secretary-Treasurer Sanson has been a member of the negotiating team that is trying to reach a tentative agreement with Warrior Met since before the strike began on April 1, 2021. “Warrior Met is not bargaining in good faith” he said. “There are a lot of issues, not just one key issue. Warrior Met needs to get serious about negotiating a fair contract.” Dozens of major union officials were also present to show their support and solidarity.

As the strike continues, striking miners are faced with putting food on the table and a roof over their children’s heads. The additional worry of brutal company violence on top of the day-to-day struggle of this five-month strike is detrimental to striking miners and their families. “Warrior Met seems to believe that it is all right to hit people with cars as they engage in legal, protected activity” said President Roberts. “This is a dangerous course of action that can swiftly lead to events spiraling out of control.”

The UMWA has held solidarity rallies every Wednesday since the be-ginning of the strike. Dozens of labor leaders from across the country have come out to show solidarity and sup-port for their Alabama brothers and sisters. “I was graciously welcomed by UMWA staff and local leadership,” said Mike Williams, President of the Florida AFL-CIO. “There is no doubt they understand why they are out on the line, and they are a great example to the entire country on why sticking together and not buckling to the company is so important.” 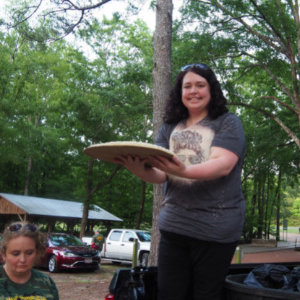 The UMWA’s auxiliary pantry has collected tens of thousands of dollars since the beginning of the strike in April. Local markets have allowed the purchase of groceries in bulk at wholesale prices for miners and their families. “The auxiliary is a close-knit group of union members, spouses and supporters,” said President Roberts. “I am overwhelmed by the generosity and solidarity shown by other unions, individuals and the community who have contributed to this fight. We are so appreciative of every donation.”

The UMWA continues to pay strike benefits and health care costs for members, as well as distributing the money that has been donated to the union’s Strike Aid Fund. These donations will help to ensure that they have the ability to last “ONE DAY LONGER” and ultimately force Warrior Met to agree to a fair and equitable contract.

Donations can be made online HERE

or by check made out to the UMWA 2021 Strike Aid Fund, and mailed to: