Just off the banks of the Ohio River sits the massive American Electric Power (AEP) Cook Coal Terminal in Metropolis, Illinois. The terminal

In July, Secretary-Treasurer Sanson and International District 12 Vice President Steve Earle toured the Cook Coal Terminal. He spoke highly of UMWA members who work at the plant in Metropolis.

“I was able to spend a lot of time with some of our members of Local Union 2463 when I toured the terminal and I cannot say enough good things about our membership working there,” Sanson said.

“You would be hard-pressed to find a better group of guys who work and maintain the daily operations at the terminal,” Earle said. 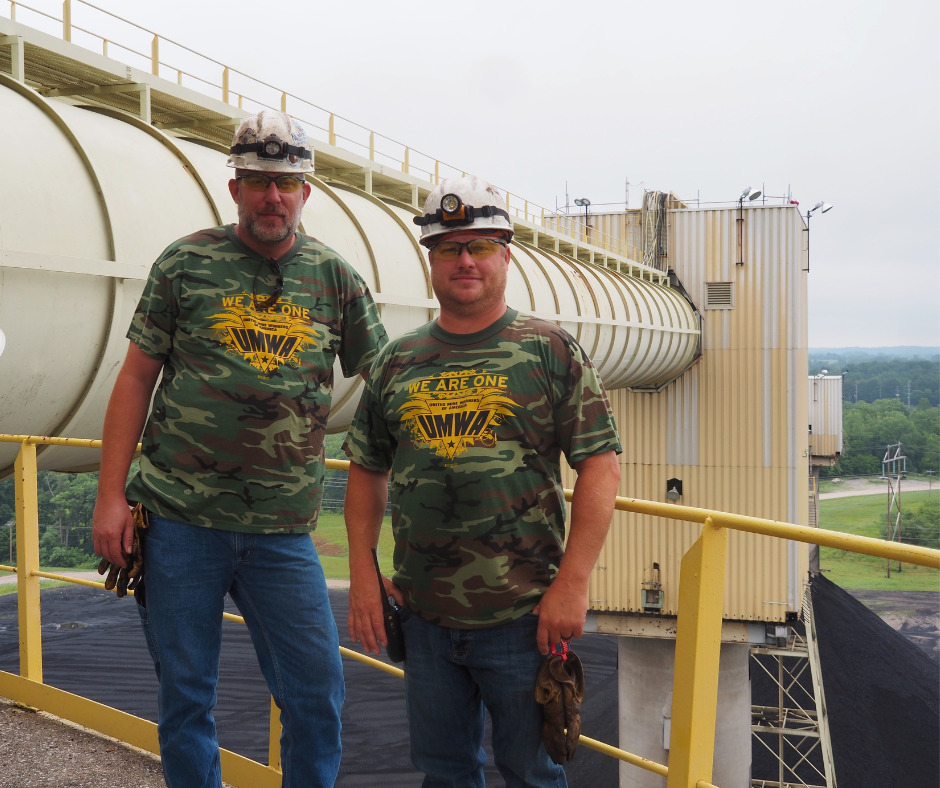 “Most of the members have been working there for over a decade so they have many years of experience.

“They are trained extensively in their job duties, they take pride in what they are doing, and they work hard every single day to make sure the operations run smoothly.”

Local Union President Jerry Stephens has been at the terminal for almost 21 years, the last 13 in maintenance.

“I am union through and through,” said Stephens.

“There’s no other way to say it except I love being a part of the union. Without the union, we wouldn’t be where we are today; the good salaries and the insurance. All of the benefits that the union fought for us to get, I mean, that’s what it’s all about. I can’t say enough about how good the union has been.”

Stephens knows the coal terminal inside and out and when anything needs to be repaired, he is ready to swing into action. Every repair, whether it is one of the rail cars, tug boats, or machinery, is done on-site by UMWA members at the plant.

“We have our own repair shop on site. Nothing gets shipped out for repairs. If it’s broke, we fix it right here in house,” Stephens said.

“Brother Jerry is extremely knowledgeable of everything that goes on at the terminal,” Sanson said. “All of the guys working at the plant are experts in everything they do. Their jobs are extremely important to the production, the maintenance, and the overall operations that make the coal terminal successful.” 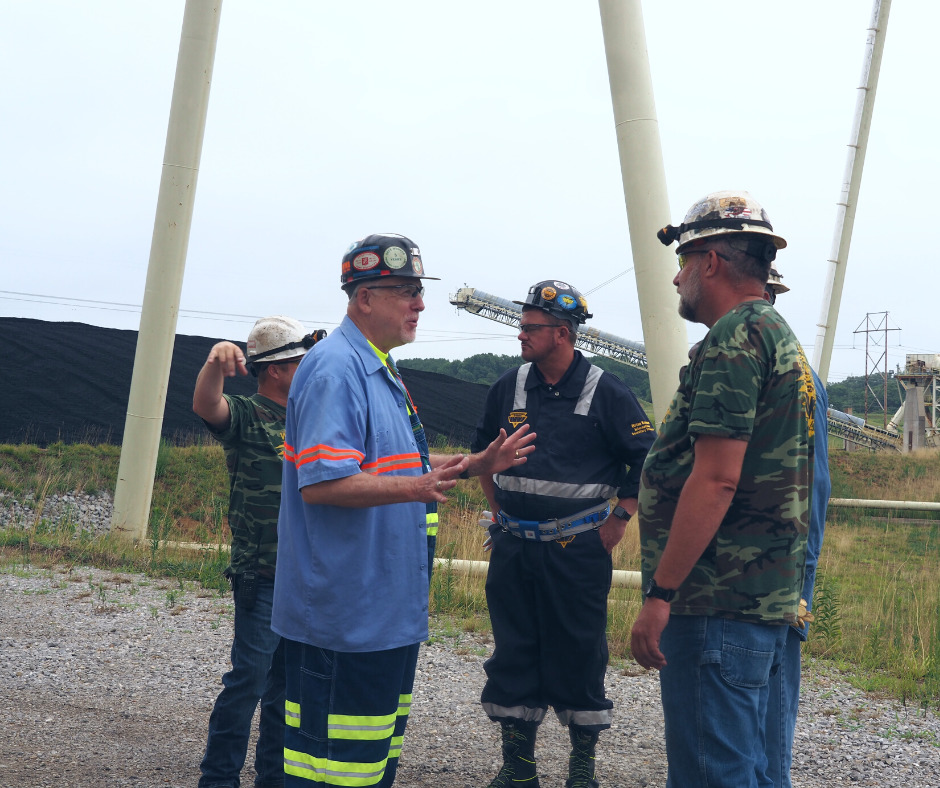 Local Union Vice President Jason McNeill has been at the terminal for 16 ½ years. “I started out as a deckhand and currently, I’m a rail car mechanic,” said McNeill. “I was the safety chairman for about 15 years, and then I moved into my current position as vice president.

“The union has been such an asset for all of us working here,” said McNeill. “In 2017, we were in negotiations for a new contract for over seven months and without the union, I’m not sure we would have reached an agreement, but eventually we did. That’s part of what being in the union is all about, having someone to go to bat for you.”

Greg Basso, a deck hand and rail car mechanic has been on the safety committee most of his career and now serves as the Chairman of the Safety Committee.

“I’ve been here at the terminal for 15 years,” said Basso.

“I worked non-union before I came here, and I can tell you it is a world of difference.

“Being with the union, I don’t have to worry about safety issues because that is the number one thing the union takes pride in; making sure safety always comes first.

“I feel much more at ease knowing that the union will always fight for our safety on the job and for us to have better wages and benefits.”

The Cook Coal Terminal transfers coal between rail and barges. The coal is transported to the barges, stationed in the Ohio River, by tug boats.

AEP sold many of its boats over a decade ago due to the decline in the coal industry but the ones it kept were the ones supplying coal to the power plant in Rockport, Indiana, which comes from the Cook Coal Terminal. 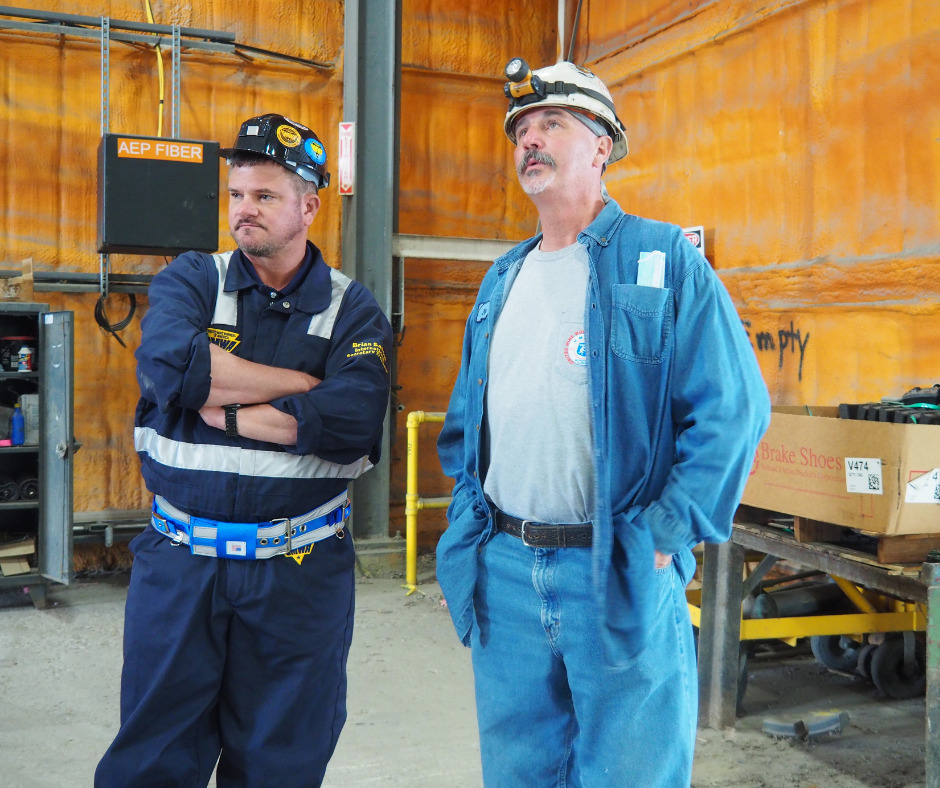 “Our members at the coal terminal in Metropolis are very-skilled individuals,” said President Roberts.

“The work they do to make the daily operations successful is exceptional. From boat pilots to mechanics, to deckhands, all of these jobs require skill and extremely hard work.

“The UMWA is thankful to have such hard-working, dedicated members who take great pride in the jobs they do.”