Conditions at Fayette County Prison can no longer be tolerated 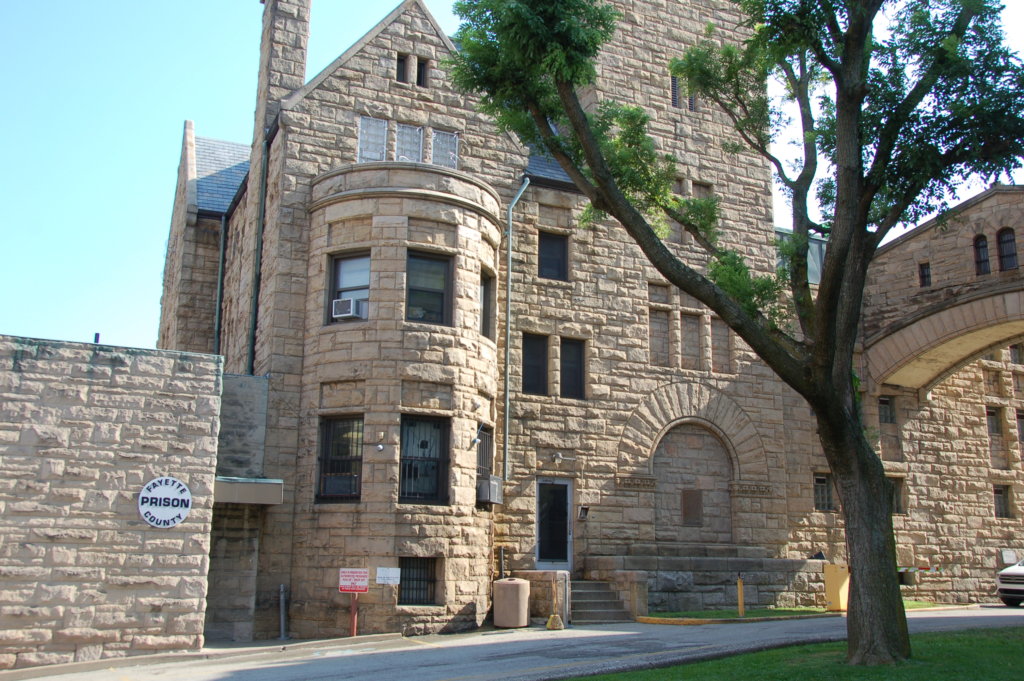 The failure of many officials in Fayette County to address the current conditions at the antiquated lock-up, located in the heart of Uniontown, PA, only heightens the potentials for a tragic incident to occur. Based on the UMWA assessment of the situation, by the members of UMWA Local Union 9113 who work at the facility every day and the December tour of the prison by President Roberts, continued inaction by the county has created conditions that are ripe for any number of events that could trigger a tragedy. The reality is, so many hazards exist within the walls of the prison right now that it is impossible to determine which one will be the catalyst that causes an awful event. 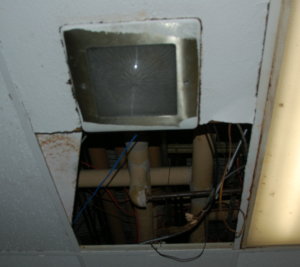 The ceilings in the prison are falling in from water damage caused by the leaking roof, drains and water lines.

“The situation at the prison is really out of control,” stated L.U. 9113 President Chris Bennett. “The facility is literally falling apart around us and the County continues to pour money into it in an attempt to maintain the current conditions. Their actions not only defy logic, it is a waste of taxpayer money. Imagine if your roof was leaking or sewer was clogged at home and you decided to do just enough to keep it from getting worse, not fix the problem just maintain it, that just foolish. That’s what is happening here, but the problems are so numerous and complicated the county can’t keep up with them. The Union is concerned that continuing this misguided approach is not going to end well for the County.”

For many years the correction officers at the Fayette County Prison attempted to work with a variety of county officials to take much-needed action on the dilapidated facility. In fact, almost since Local Union 9113 was officially chartered in 2003 the officers and members have made concerted efforts to help the county find solutions to the problem. There has been a push by residents of the county, many who are members of other UMWA local unions, to find a economical and permanent solution to the prison situation. 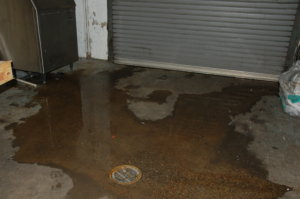 The sewer system not only will not drain, but sewage routinely backs-up through the drains.

In December of last year President Roberts toured the facility with concerned county officials and members of Local Union 9113. During a press conference after the tour he not only noted the serious and imminent dangers that existed at the jail, but offered the Union’s support in working toward a solution. In May of this year President Roberts  wrote to the County Board of Commissioners expressing his concerns that nothing had been done to address the ongoing health and safety problems at the prison. Once again, he offered the assistance of the UMWA in addressing these conditions and reaching an amicable and permanent resolution to the problem.