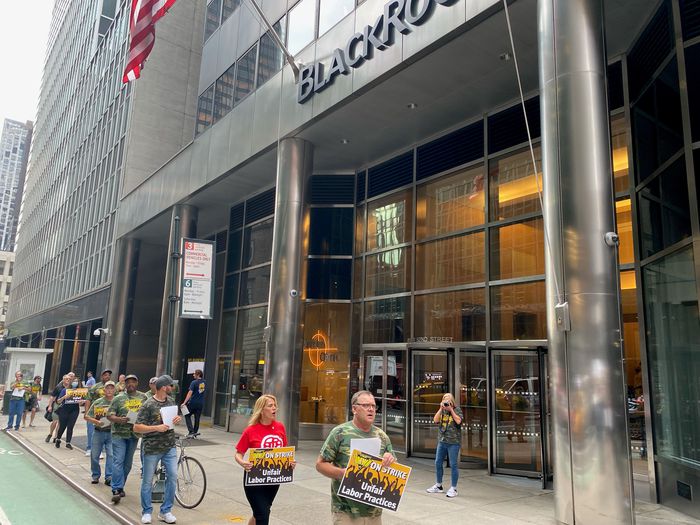 More than 1,000 members of the United Mine Workers of America are planning to once again carry their ongoing strike against Alabama’s Warrior Met Coal to New York City.

Members are planning to picket the Manhattan offices of BlackRock, an investment management corporation that is the world’s largest asset manager, Wednesday morning until noon.

The union says BlackRock is the largest shareholder in Warrior Met Coal, the Alabama company the UMWA has been on strike against since April 1.

Union members and allies from Pennsylvania, Ohio and West Virginia, as well as New York, are planning the show of solidarity as the strike looks to stretch into its fifth month. About 1,100 miners have been striking for better pay and benefits.

The current agreement with the union was negotiated as Warrior Met emerged from the bankruptcy proceedings of the former Walter Energy, which declared bankruptcy in 2016. Union members say they made numerous concessions in pay, benefits, holidays, overtime and in other areas to keep the company going and get it out of bankruptcy – concessions they say total more than $1.1 billion.

“We’re in New York City because we are simply following the money, and demanding that those who created that wealth, the miners, get their fair share of it,” Roberts said.