CHARLESTON, W.Va. (AP) — Senate Majority Leader Mitch McConnell is co-sponsoring a bill with West Virginia’s two U.S. senators and others aimed at preserving the pensions of about 92,000 retired coal miners, as well as the health-care benefits of another 13,000 working miners. 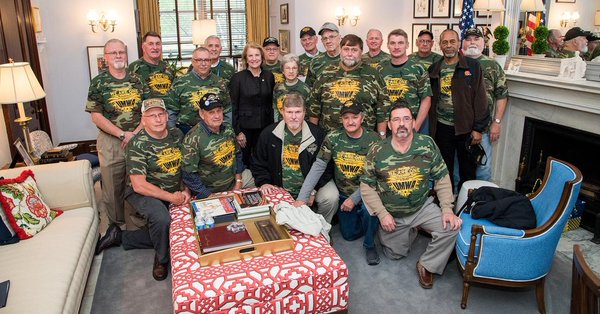 McConnell, a Kentucky Republican, said in the statement that he raised the issue of protecting miner pensions and health benefits with President Donald Trump this week, and is “committed to continuing to work with him and my colleagues” toward a solution.

The bill would transfer surplus money from the Abandoned Mine Land fund to prevent the insolvency of a 1974 miners’ pension plan. It also would add coal company bankruptcies from 2018 and 2019 to health-care legislation that passed in 2017.

Manchin said on a conference call that McConnell’s support “helps us get a guaranteed vote, I would think. He knew it was time to do it. I think he understands the longer we wait, the more it costs and makes it harder to do.”

In the past, Manchin and the United Mine Workers of America have been critical of McConnell for blocking votes to secure the pensions and health benefits. 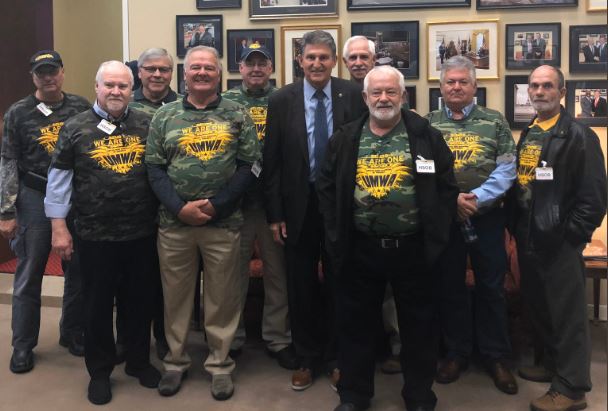 “With this one bill, the United States Senate has taken a giant, bipartisan step forward in keeping America’s promise to our coal miners and their families,” UMW President Cecil Roberts said in a statement. “I am especially thankful for Leader McConnell’s support of this legislation. His voice on behalf of retired miners is critical, and I want to thank him on behalf of every retired miner in America.”

Manchin said Ohio-based Murray Energy’s Chapter 11 bankruptcy filing last week accelerated the urgency of getting the bill passed and signed before the end of the year.

“We need to get this done as soon as possible to prevent anyone from losing their pensions or their health care,” Manchin said.

Murray Energy joined a growing list of struggling mining companies as utilities switch from coal to cheaper and less-polluting renewable energy or natural gas. Murray Energy, which has operations in seven U.S. states, was the fourth largest U.S. coal producer in 2018, accounting for 6% of total production, according to the Energy Information Administration.