Local Union 8935 was organized in 2000, and with just around 100 members to date, they spoke of how they are feeling more than two decades later. With a new 36,000 square-foot wing of the hospital being completed in January of 2021, composed of new, state-of-the-art emergency equipment, an entirely new emergency department, a new surgical unit, and an imaging center, the hospital has been given a lift and Local Union 8935 members couldn’t be prouder. 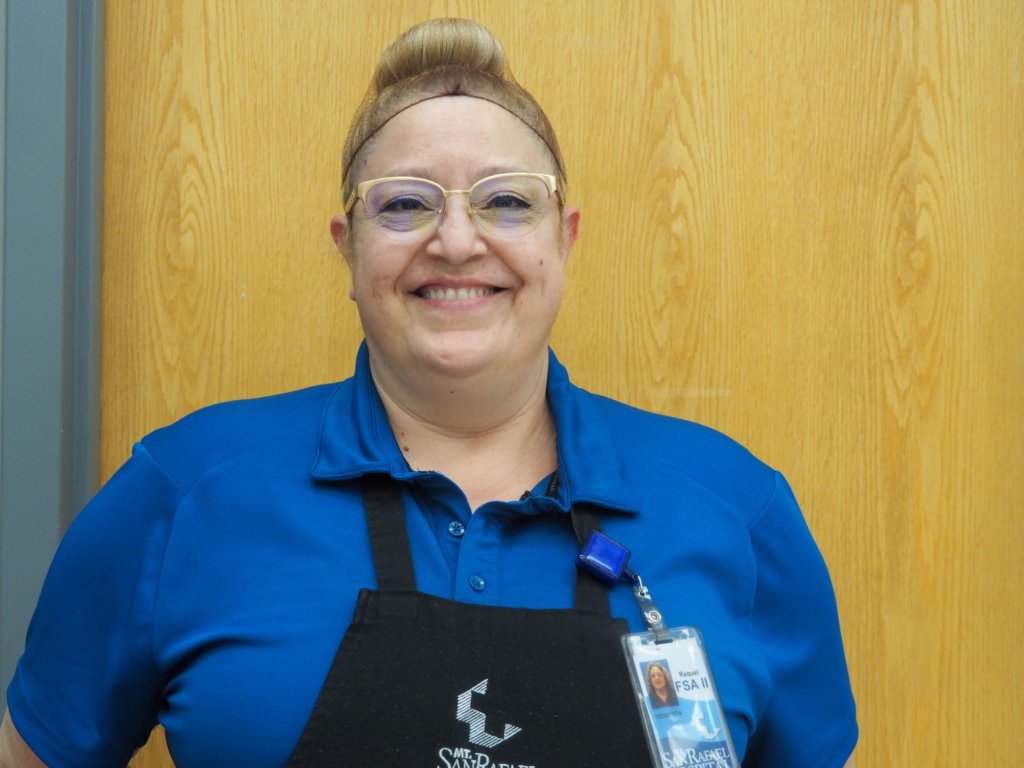 Recording Secretary Raquel Lovato has been employed with Mt. San Rafael Hospital for 24 years; 21 years in the Nutrition Department and two years in the business office. “I work a regular eight-hour shift unless someone is on vacation or ill or something like that, then I work a 12-hour shift,” said Raquel. 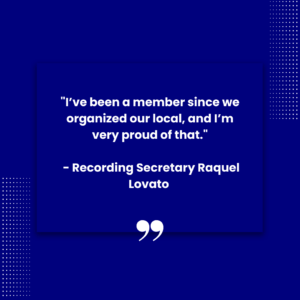 “I’ve been a member since we organized our local, and I’m very proud of that. Honestly, it has been the best thing for morale. Everything changed for the better. We got a $3 raise as soon as we joined the union. Our benefits improved. We used to work every weekend before joining, and now we only work every other weekend. Everyone was very happy about that.”

Raquel said that before joining the union, people would get fired for no reason at all and is thankful it isn’t like that anymore.

“The men and women of Local Union 8935 are always there to support District 22 at whatever function we may be supporting or sponsoring,” said International District 22 Vice President Mike Dalpiaz. “For twenty-plus years, they have taken care of their patients with pride and dignity and have done the same for the entire membership of District 22.”

The Executive Board for Mt. San Rafael consists of all females. “I think it’s great to have an all-female Executive Board,” said Dalpiaz. “The women we have on the Board there are very sentimental and proud of the fact that they work in a place that once housed the tenacious Mother Jones. They know her history, they know the UMWA’s history, and they depict the very values that Mother Jones stood for.” 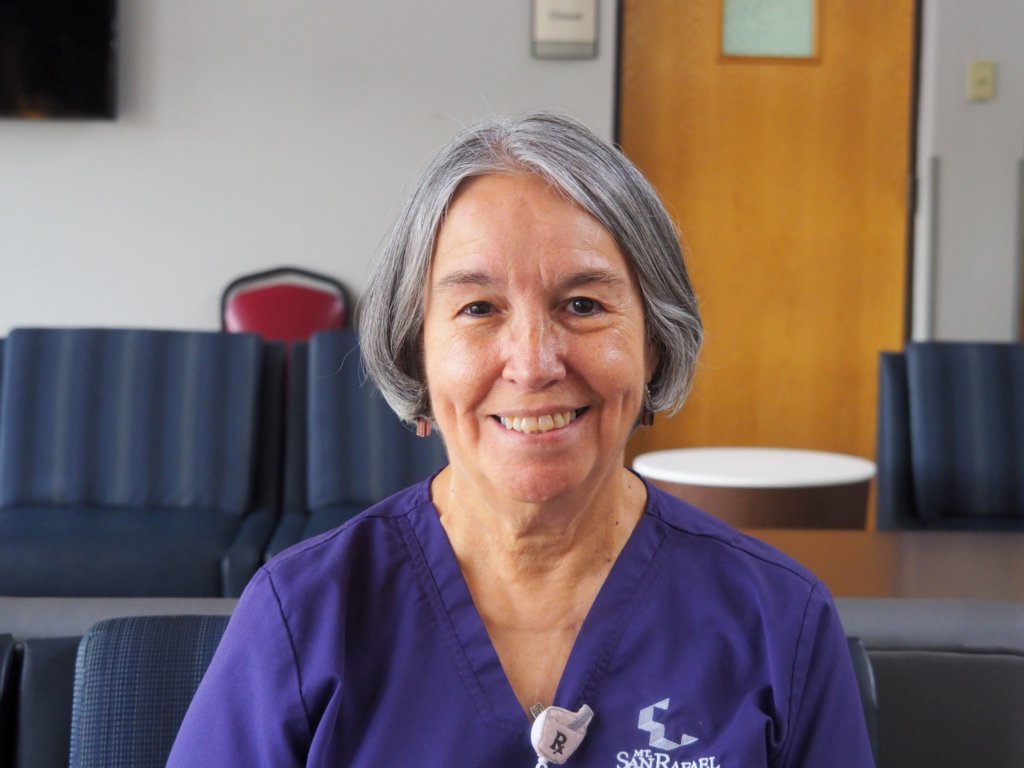 Lisa Hallihan has also been a member of Local Union 8935 since 2000 and was part of the original Organizing Committee. Lisa has been at the hospital for 33 years but is partially retired now. “Once joining the union, there was a big discretion in our wages, for the better, of course,” said Lisa. “I received almost a $5 raise. There was a huge improvement in morale because we all had a voice regarding our hours, wages, and positions, something we were not used to and something we did not have before. “

Lisa is a certified pharmacy technician and works in the hospital pharmacy filling the automatic drug suspension machines. Since her partial retirement, she only works one day a week now. Before her retirement, she was on the Grievance and Safety Committees and served as the Treasurer for the local for a little over 12 years. “I’m so grateful that I have had the opportunity to get to know our members that are employed at Mt. San Rafael,” said Region 4 Director Bob Butero. 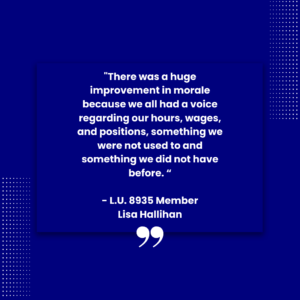 “I’ve known most of them since our organizing drive 20-plus years ago. They all do exceptional work, and we have a great relationship with everyone there. Everyone is so honored to have the new wing of the hospital, and it will serve the members of our community for many years to come.”

The hospital building was built in 1972. The original hospital building, which is now the clinic, was built in 1889, a hospital where Mother Jones was once held. The hospital was used by General John Chase of the Colorado National Guard to hold labor activist Mother Jones during the 1913-1914 Colorado Coalfield War. Following the Ludlow Massacre, armed strikers took control of Trinidad and the hospital. A Denver newspaper dated January 12, 1914, stated “Mother Mary Jones, one of the noted agitators of the United Mine Workers of America, returned to Trinidad secretly today, after having been deported to Denver, and a few hours later was arrested on orders of the military authorities and sent to Mt. San Rafael Hospital under guard. She is being held incommunicado.”

The hospital is a level IV trauma center and is a pioneer in sex-change operations with the hospital’s first of thousands of such surgeries being completed there in 1969. Mt. San Rafael was also the first nursing school west of the Mississippi. “The UMWA has so much history in Colorado, particularly in Trinidad,” said President Roberts.

“Thousands of UMWA members joined strikes in the southern coalfields of Las Animas County, most notably our strike that resulted in the Ludlow Massacre. There’s obviously so much history here and our members of Local 8935 will continue to make history here. I’m so proud of the work they have done, especially working through the COVID-19 pandemic. They are the ones that have been on the frontline during this very difficult time in our country. I am proud of them, and this nation is grateful for the services they have provided to their community, but most of all, I am honored they are members of the United Mine Workers of America.”